Probably the most balanced and articulate in sound of the Leno Family. Even though it has less projection and bass response than the Dreadnougt it offers a very intimate playing for both the player and the listener. The OM is built for maximum responsiveness with a deep and focused voice and is perfectly suited for fingerstyle playing but it’s equally at home in all music genres. 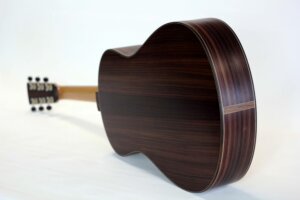 Indian Rosewood back and Sides

Indian Rosewood on Faceplate and Backplate

Rosewood on Rosette and American Walnut on the End Graft 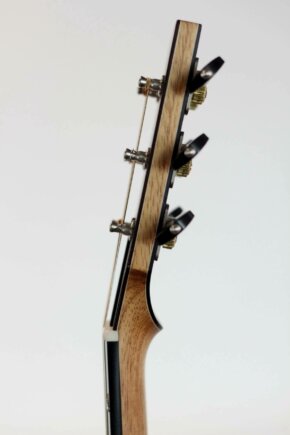 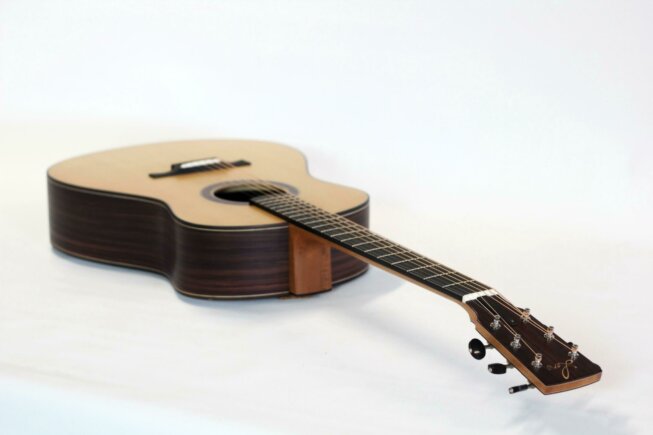 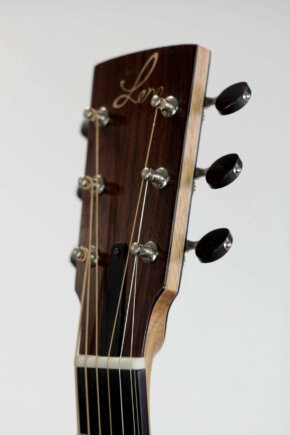 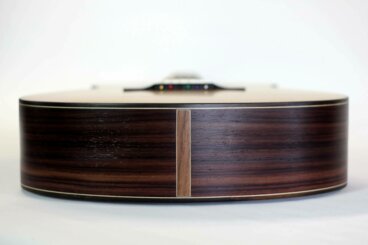 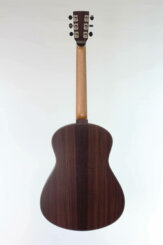 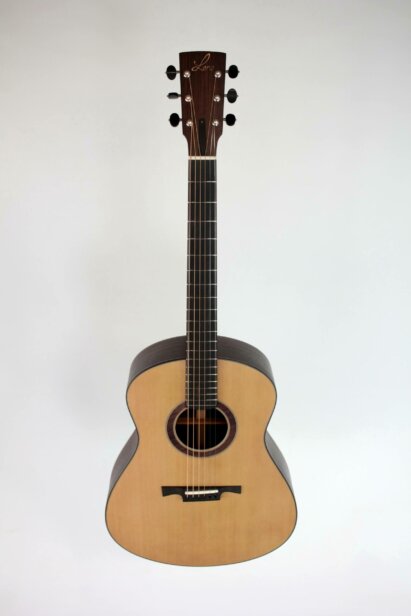 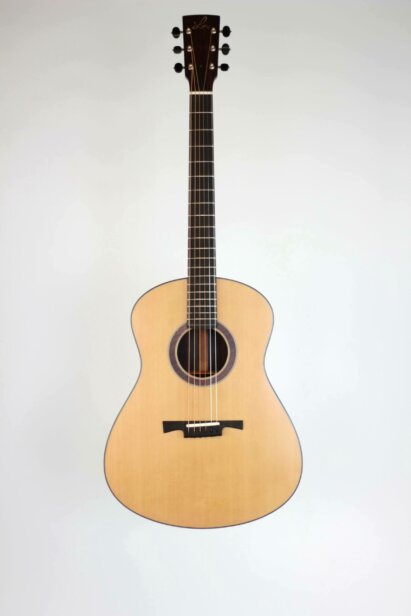 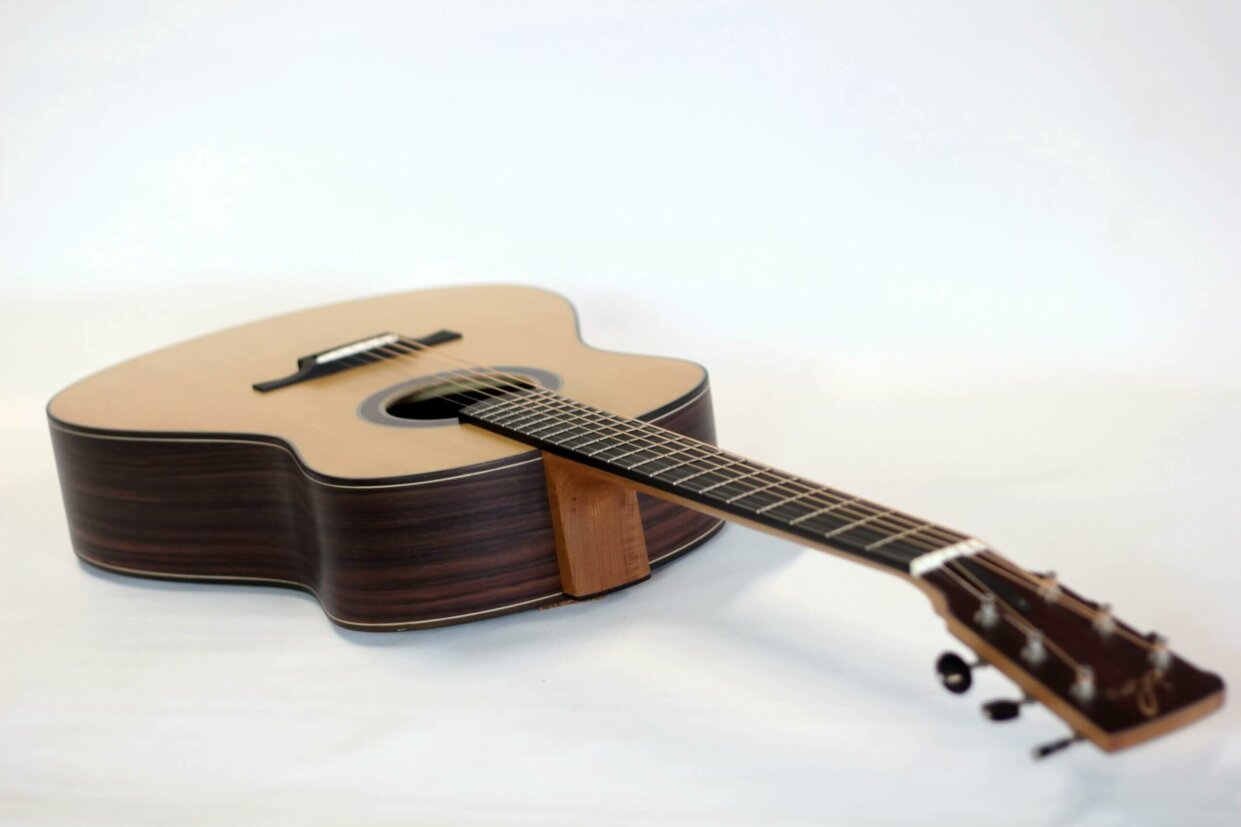